On Capital Hill: Talking About the Fate of the Charitable Deduction 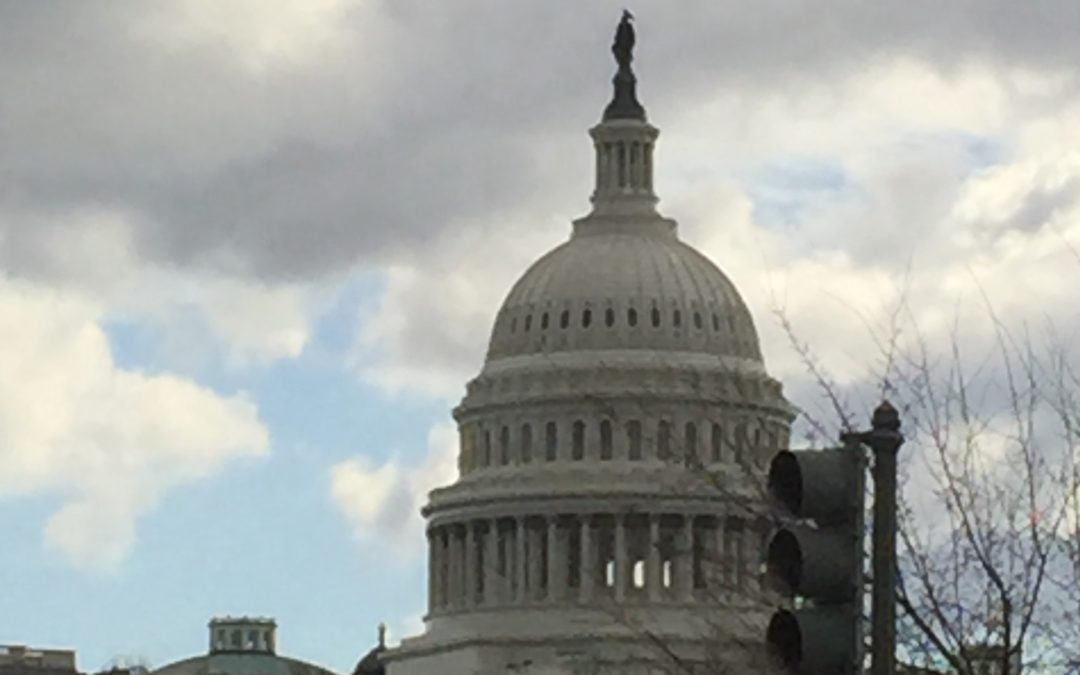 On May 30, 1985, I skipped high school.  No, it was not senior skip day, nor did I really desire a break from school.  I wanted to travel from Appleton to Oshkosh to see President Reagan speak.  He had just introduced his plan on what would eventually become the Tax Reform Act of 1986 and first went to Wisconsin to sell it to the American people.  Contrary to my parents wishes, I did hear the speech in person and watched the ensuing process that produced the new tax code.  It was something that sparked my interest in learning about taxes and how (and why) they work the way they do.

In law school, my intellectual curiosity about taxes turned towards the charitable deduction and was one of the major factors that drove me to pursue a career in charitable gift planning.  I fell in love with the fact that our country effectively allowed citizens to choose where their tax dollars could make a difference.  Over the years, my admiration has grown into awe as I have participated in conversations about the deduction that sparked amazing charitable gifts changing the course, and even saving, countless lives.

My awe of and now concern about the charitable deduction led me to go to Capital Hill on February 16th where I joined nearly 200 nonprofit leaders in a whirlwind day of meetings hosted by the Charitable Giving Coalition (@ProtectGiving). We visited 130 House of Representatives and Senate offices, including 23 members of the Senate Finance Committee and 26 members of the House Ways and Means Committee. The goal of these meetings was to demand that lawmakers recognize the value of charitable giving and the tax incentives that encourage Americans to contribute more to causes important to them.

As Congress embarks on long-promised comprehensive tax reform, we asked Senate and House members to protect, enhance and expand charitable giving incentives like the charitable tax deduction. And we cautioned that limiting these incentives – whether imposed intentionally or consequentially – will cause charitable giving to decline.

My objectives for this day were simple: underscore the importance of preserving the charitable deduction’s scope and value, encouraging the expansion of a universal charitable deduction available to tax payers who use the standard deduction, and sharing stories about how initial major gift discussions that focused on the charitable deduction were often a catalyst to getting donors to give large gifts to charity. Throughout the day, I gained perspective and found myself both assured that our Members of Congress support charitable organizations and daunted by the way our seemingly simple issue gets quickly complicated.

Tax reform requires that attention is paid to the details.  If you are interested in the details of our day and the realities of what is likely going to be proposed, here are a few of my takeaways from the day:

Normally, you would read a list of items you are requested to do.  Or you might read the best practices for communicating with members of Congress.  Many requests are worthy and best practices are well founded, but I am going to ask you for 1 very specific request.  Please send 3 emails to the tax policy legislative assistant for your representative and your two senators.  A small handful of these emails can make a huge difference.  Telephone calls can’t be printed off and US mail to the Capital does not always reach its intended recipient.  To find the tax policy legislative assistant,  you will need to:

My lifelong tax journey that I started in 1985 has made me accept the fact that most of the population will see the government’s taxing authority as something that takes hard-earned wages out of their pocket.  However, I ask you to put aside that belief for a day and join the millions who have their lives changed by charities.  You will see you have a choice of where you want to help others and, by your action, can preserve something that is so very right about our tax code.